How a Chinese millennial became an African chief******

With the expansion of Chinese-African cooperation over the last decade, Chinese enterprises have made significant investments in African infrastructure.

Many construction sites there have Chinese workers. The two peoples work and live together and have developed a close friendship. For their outstanding contributions, some Chinese people have even been named "chiefs" by African leaders.

Among all the Chinese who have been given the title of "chief" in Africa, Li Manhu stands out as a "Post-90s" figure.

He is not only the youngest known Chinese "chief," but also the recipient of the Nigerian and Cameroonian "double chief" titles.

Li is only 30 years old, but he has worked in Africa for six years.

Why did he go to Africa? What contribution has he made to Africa earned him the title of "Double Chief"? What kind of special power does he have?

As the 8th FOCAC Ministerial Conference came to an end, a Shanghai Daily reporter reached out to this legendary millennial to learn more about his life.

Li Manhu in his office.

Searching for the 'African Dream'

Li is a typical young man who studies science and technology. He joined a state-owned enterprise to explore coal mining after graduating from university.

However, in his opinion, the concept of the "stable, life-long job" is meaningless.

"There is no point in living a life like this. So, despite my family's strong opposition, I resigned from my job."

After resigning, Li began to look for more "exciting" work and gave a curriculum to a mine in Nigeria.

The Nigerian company was very welcoming. After some English training, Li flew to Africa in 2015 with his dream in hand.

Nigeria is the most populous country in Africa and one of the African countries with the largest Chinese population. The local government works closely with China.

However, it wasn't until he boarded the plane and flew for more than 10 hours that Li truly felt the vastness of Africa. He was dimly aware of the difficulties that lay ahead.

Photo with the senior officer of the Nigerian Border Immigration Service.

Nigeria has no winter, only rainy and dry seasons. "I went in January. It was the dry season; the local temperature was more than 30 degrees, but I was wearing a sweater. When I got off the plane, my only feeling was the heat."

Li's first job in Nigeria was to do mineral exploration, which entails living in a mining area for a year in miserable conditions.

There was no local signal, so "communication by shouting, traffic by walking" was his regular life. He also had to sleep in a room with four or more people while suffering from mosquito bites.

In just a few months, Li contracted malaria, developed a high fever, vomited, and suffered for several days. "At the time, I was remorseful for having come here. But when I got better, I forgot about it all and pretended it wasn't a big deal."

He said he never mentioned these things to his family, and when asked, his answer was always "It's fine."

After two years of training, Li joined China Overseas Group (CGCOC GROUP) in 2017 as the office director of the "Cross-border bridge between Nigeria and Cameroon" project.

He has over 200 African workers under him, and he must be concerned about their life, work, and safety. He is also in charge of paying their salaries at the end of each month.

And it was also this bridge project that laid the foundation for Li to earn the title of "Double Chief" later on down the road.

Li with his bodyguard.

The 'fortunate' Chief I

"The bridge was completed in April this year and is expected to be open to traffic next year," Li exclaimed joyfully.

Throughout his career, Li has developed a close relationship with the local paramount ruler (the king). On the Christmas Eve of 2018, Li was invited by the leader of the Etung local government as a guest to his home, and as he was leaving, the leader told him that he was going to bestow upon him the title of chief.

The king informed Li that the cross-border bridge project had benefited the local community and that he had been appointed chief as a sign of local recognition of the company, and that he would be representing the king in some of the company's future dealings with the local people.

"The chieftaincy title is not only a personal honor but also represents the respect and recognition of the local people for the company's projects," said Li. "In Africa, only foreigners who have made outstanding contributions to the local economy and social development can be awarded the chieftaincy title."

It should be noted that although Nigeria has a modern administrative system, chiefs, as traditional tribal leaders, still enjoy high prestige among the population and are also highly respected by the government, which even consults with local chiefs before making major decisions.

The chief's white suit and a leopard-print leather hat are presented to Li on the day of the chieftainship.

On the day of the chieftainship, the local Nigerian government held a grand ceremony and invited members of other tribes to participate. Even neighboring Cameroon sent representatives.

The king bestowed the title "Ntui Ofa 1" on Li, with "Ofa" meaning "fortunate" in the native language, and expressed his hope that the title would bring good fortune to his Chinese friend.

A scepter and the chief's white suit, as well as a leopard-print leather hat, were presented to Li, all of which are typical for chiefs to wear.

Despite the fact that his main title is merely a sign of honor and that he is not involved in the day-to-day business of the local tribe, Li claims that the title has brought him closer to the locals. When he walks down the street dressed as the chief and wielding the scepter, he can sense the people's respectful attention, and some will even approach him to respectfully ask for a blessing.

Certificate of chieftaincy title given by the Etung local government

What Li didn't expect was that just three months after he became the chief of the Etung local government in Nigeria, he received a letter from the king of the Ekok community in Cameroon.

The Ekok community accepted Li's chieftaincy title in Nigeria, according to the letter, and will arrange a coronation ceremony for him on March 31.

But unlike in Nigeria, in Cameroon, Chinese chieftainship requires not only the approval of the king, but also the consent of the local government.

"As far as I know, no Chinese chief has ever served in Cameroon before me."

Confirmation of the chieftaincy title of Ekok community

Li recalls the words of Cameroon's king on the day of his enthronement: "When you go back to China, you can tell the Chinese people that you still have a home in Africa."

These are not just "beautiful words." Li has formed strong bonds with the locals over the years in Africa, and his relationship with the king is like "father and son," with the locals even referring to him as the king's "Chinese prince."

"There is no difference between people; as long as you treat them sincerely, they will sense it," Li said.

However, due to the pandemic, Li has not been back to Africa since the end of last year. In addition to doing some work at home to help farmers, he also does some live commerce in TikTok, to help his friends sell Chinese wolfberries.

Concerning his TikTok account, Li confessed that he did not like to use this social platform at first, but because his friends always send him funny videos, he downloaded one, tried to share his work and life in Africa, and did not expect to become popular.

He stated that, despite the fact that the pandemic will not be over for some time, he intends to return next year.

"Their coffee and cocoa beans are perfect, and I'd like to go back and try to do live commerce over there as well in hope of driving the local economy."

Li is also keeping an eye on the recently concluded the Eighth Ministerial Conference of The Forum on China-Africa Cooperation.

"I used to work on engineering projects as part of the country's Belt and Road Initiative. Now that the country has put forward a number of good ideas through the Forum on China-Africa Cooperation, and I want to do something practical for the local community through my identity as a chief and promote more cultural and trade exchange between China and Africa."

Li reveals that many people actually leave messages to him via TikTok wanting to learn about Africa and some of the projects Chinese companies are working on there. "China is paying increasing attention to Africa, and many people want to understand the market over there and want to go and break into it. I hope to communicate with them more in the future."

"As a result, the title of the chief is really just the tip of the iceberg for me."

Li with a local child 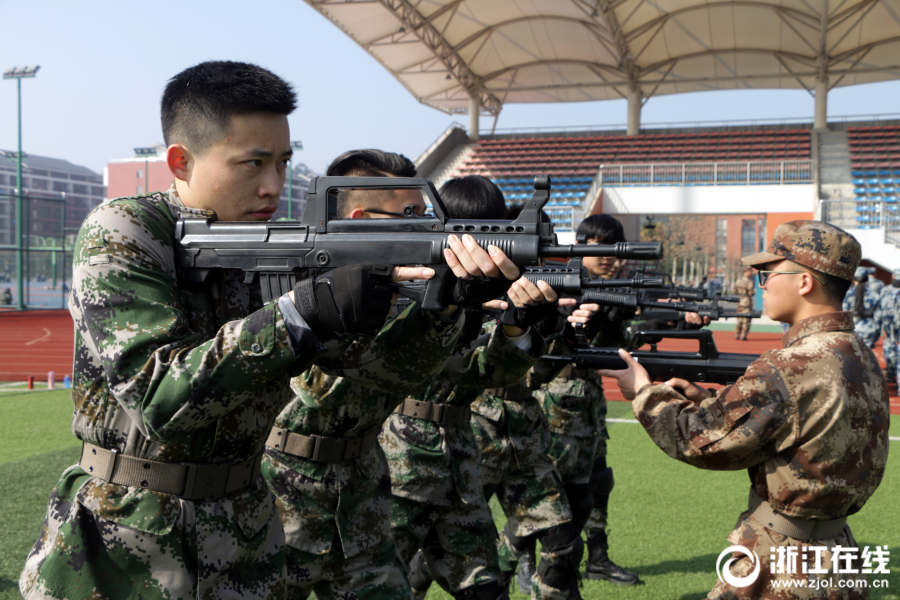